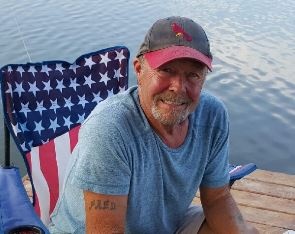 Frederick Davis McCormack, loving father, grandfather, great-grandfather, brother, uncle and friend passed away Tuesday, June 15, 2021, at the age of 72.  He was born in St. Louis, Missouri to Frederick J. and Eunamae McCormack (nee Davis), and was raised in the Catholic faith.  Fred aka “Freddy” began laying brick with his father in 1963 at the age of 15.  He moved to Vichy, MO in 1970 and a year later took over McCormack Masonry and ran the family business until his retirement in 2016.  Through the years he became an expert in brick, block and stone masonry.  He was very proud of his 53 years of bricklaying and was a member of the Bricklayers’ Union Local #1 in St. Louis.  The union honored his 50 years of service with a gold card, Life Membership pin, and a Life Member card and certificate.

Fred was a strong, dedicated, hardworking man and his legacy will live on in the thousands of buildings, storefronts and homes that he worked on or built from the ground up.  He was a music lover, singer, songwriter, and played guitar.  He loved fishing, boxing, Cardinals baseball and old western movies.  In his younger days he raised cattle in his spare time.  He was most comfortable in the country and enjoyed his life in Vichy.  Fred was one of the kindest men anyone had ever met; he would do anything for anyone and never want in return.  He would give you the last dollar in his pocket or the shirt off his back.  He was a charismatic character with a bright personality and brilliant laugh. He was so warm and inviting that you always had a wonderful time when he was around.  He lived his best life full of fun, joy, love and laughter.  He could light up the room with his smile and was adored by his family and friends.  He will be missed DEARLY by all who knew him.

A memorial will be held Saturday, July 17th from 1 p.m. until 4 p.m. at the Vichy volunteer fire department, 14812 Highway 63 South, Vichy, MO 65580.  At 2 p.m. hospice chaplain Bart Larson will perform a memorial service in celebration of Fred’s life.  In lieu of flowers please donate to www.COPDfoundation.org in memory of Fred McCormack.

To order memorial trees or send flowers to the family in memory of Frederick "Freddy" McCormack, please visit our flower store.
Send a Sympathy Card