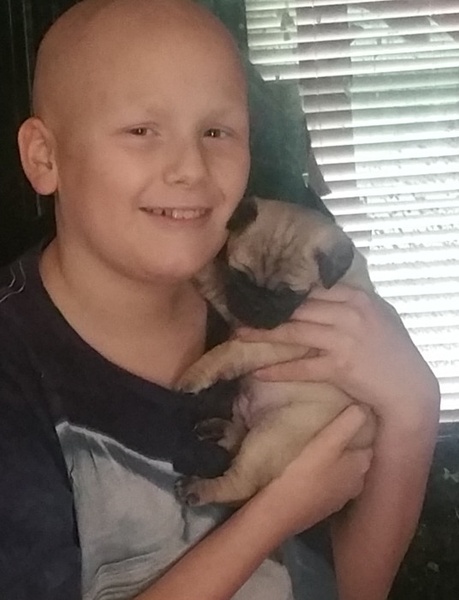 Andrew Zeno Frayer, age 16 gained his angel wings on Tuesday, February 9, 2021, at his home surrounded by his loving family.

Andrew was wise beyond his years, had a witty sense of humor and inspired everyone he met.  He was truly “all boy”. He loved the outdoors, deer hunting, inventing, doing science projects, fireworks and of course playing video games. He also loved to search for and eat Morel mushrooms and take walks in the wilderness. He collected coins and unusual rocks. He loved spending time with his sister Cassie and brother Nick. Recently they spent a lot of time together going to the park and pushing Andrew in his wheel chair so he could be outside where he was happiest. He loved visiting and spending summers with his family in Wisconsin where he had fun swimming, walking and biking with his Aunt Tina, Uncle Randy and cousins Carrie and Hayley.  He loved picking and eating mulberries behind Grammy and Grandpa’s house.  He loved to play video games with his cousin Paul and visiting his uncle Eddie, Aunt Maggie and cousin Matt. He loved all the “gross” things most boys like to do like playing in the mud and catching snakes and insects. Alligators and Sharks were his favorite animals but he also loved his dogs and well pretty much any other animal.

Andrew was preceded in death by his Uncle Eddie Frayer.

Andrew inspired people throughout his life because of the courage, bravery and kindness he exhibited during his 16 year journey on this earth and his 9 year battle with multiple bouts of cancer and treatments.

Andrew’s family would like to thank: St Jude Children’s Hospital in Memphis, TN  and  Three Rivers Hospice for their Loving and compassionate care they gave to Andrew and his family; Camp Firefly with the Cameron family for what Andrew called “the best vacation he ever had”; Sky High for sending Andrew to an alligator hunt in Louisiana and a deer hunt at the Circle L Ranch in Texas; and Make a Wish Foundation.

In lieu of flowers, monetary donations to help cover costs will be accepted.  Mailing address for the family is: 18325 County Road 5310, Rolla, MO 65401

To order memorial trees or send flowers to the family in memory of Andrew Zeno Frayer, please visit our flower store.
Send a Sympathy Card