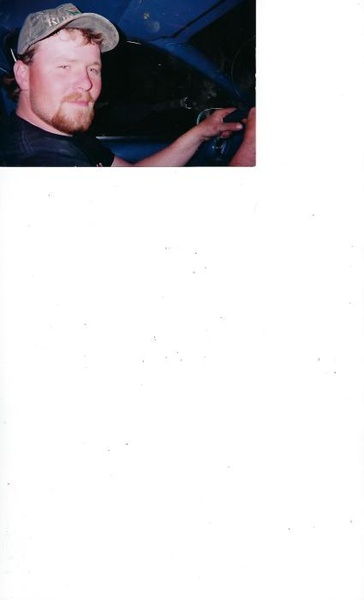 Bucky Joseph Rightnowar, age 44 of Rolla, passed away Thursday, May 23, 2019, at Cox South Hospital in Springfield.

Bucky was born April 14, 1975, in Rolla, a son to the late David Rightnowar and LaWanda (Rice) Rightnowar who survives of Rolla.

Bucky was a 1993 graduate of Rolla High School. On May 17, 2004, he was united in marriage to Elizabeth Lagravier in Rolla. She survives of the home.

Bucky was a construction worker until his illness prevented him from working.

Bucky enjoyed fishing, hunting, arrowhead hunting, lottery scratch off tickets and spending time spoiling his many nieces and nephews. Bucky always had a soft heart for neglected and abused animals. He would always try and put a smile on everyone’s face, even if it meant he became the brunt of his own jokes.

In addition to his mother and his wife, Bucky is survived by: 3 children, Tyler Rightnowar of Salem, Kaitlyn Rightnowar of Rolla and Alexis Stevenson of Newburg; two sisters, Rhonda Zatarski and her husband Michael and Sandra Cooley all of Rolla; his favorite little buddy Tiki as well as many nieces, nephews and extended family and friends.

In addition to his father, Bucky was preceded in death by a brother, Barney Rightnowar.

A Celebration of Life service for Bucky will be announced at a later time.

Expressions of sympathy may be made to the Rolla Animal Shelter or to the Dent County Animal Welfare Society.

To order memorial trees or send flowers to the family in memory of Bucky Joseph Righnowar, please visit our flower store.