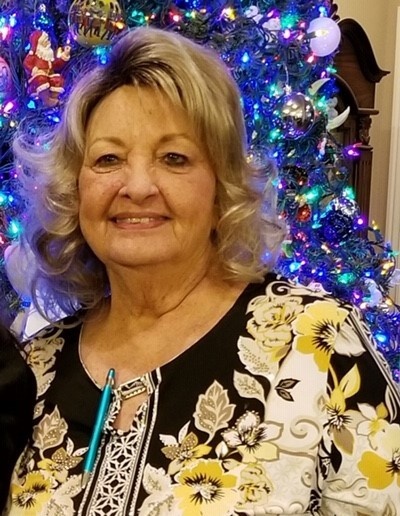 November 14, 2019 in her home after a courageous battle against cancer. She was born in

Sue is preceded in death by her mother, father and step-father. She is survived by one

of Greenwood, Missouri and Mark and Stephanie Dodd of Rogersville, Missouri. She is

survived by her brother, Richard, and his children: Laura Clouser and Julie Toelke and

her sister, Marilyn and Richard Biermann, and her family: Scott, Keith and Kelly

Biermann. She is survived by many “chosen” children and grandchildren, friends and

Sue never lost her sense of humor or her courage in her long battle with cancer. Even

when things were difficult in her life, she never lost her faith. She was able to pass down

these qualities to her children and grandchildren. Sue shared compassion and friendship

with everyone she met. Her life is a shining example of how to be the hands and feet of

Christ as you walk through your life.

Fellowship Bible Church, Rogersville, Missouri. In lieu of flowers, donations can be

made to the American Cancer Society.

Care and arrangements are under the direction of Rolla Cremation and Memorial, Rolla,

To order memorial trees or send flowers to the family in memory of Caroll Sue Dodd, please visit our flower store.