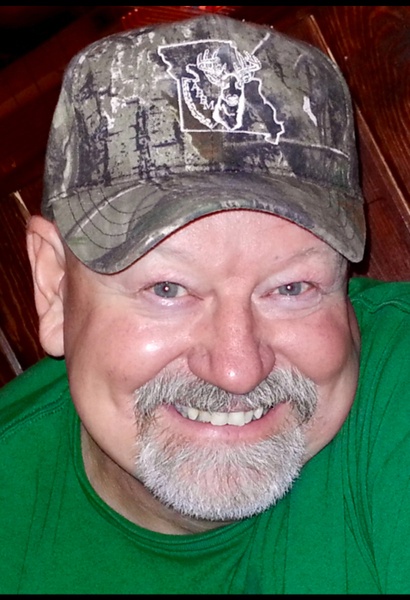 David Wayne Pound passed away peacefully surrounded by his loving family at his home in Edgar Springs MO, on February 22, 2021 at the age of 64, of bile duct cancer.

David was married to Colene M. Curnutt on February 10, 1987 in Rolla Mo; they were married for 34 years.

David is survived by his wife Colene M. Pound of Edgar Springs; son David Pound Jr, of Edgar Springs and his 6 children – Davie, Destiny, Gunner, Colton, River and Layne; son Dennis Pound and his wife Linda and their 3 children – Dylan, Logan and Adalyn, of Rolla; brother Richard Pound of St. Louis; brother Dan Pound, his wife Brenda and family of Rolla; sister Debbie Kemper, her husband Richard and family of Newburg; close family friend Jamie Mesa of Rolla; his “little buddy” Deeogee; and a host of other family members and dear friends.

In addition to his parents, David was preceded in death by his brother, Bill Pound.

David was an avid hunter who was completely at home in the outdoors.  He loved sharing his many hunting stories.  He enjoyed watching the St Louis Blues and Cardinals, but nothing was more enjoyable for him than watching his children and grandchildren play their game of choice.  David was athletic himself and played years of softball and volleyball.  There was nothing mechanical that David could not fix and enjoyed working and talking about classic autos.  David had a free spirit and was always ready to hit the open road on his Harley and see where it would lead.  Taking his “little buddy” Deeogee on a short drive everyday was part of his routine.  He loved to laugh and spend time with his family.  He always had a big smile and he never met a stranger.  He was loved and known by many as “Big Dave”.

When David was diagnosed, he sought every reasonable medical intervention to restore his health and maintain a good quality of life.  While David will be dearly missed by all who knew him, he would want everyone to know that he was prepared and ready to meet his Lord and Savior.

Everyone will be welcome to a Celebration of David’s Life which will be determined at a future date and time.

To order memorial trees or send flowers to the family in memory of David Wayne Pound, please visit our flower store.
Send a Sympathy Card