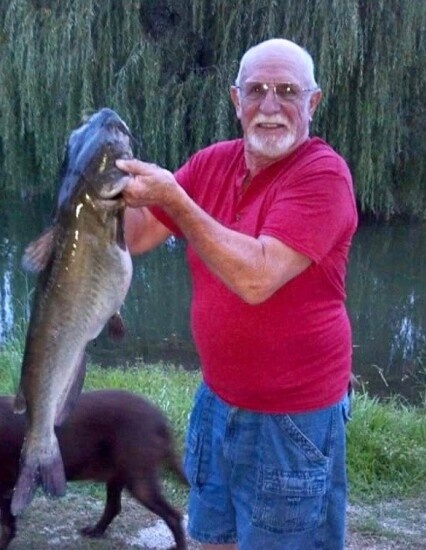 Dennis Melville Davis, age 81 of Rolla, passed away Sunday, August 1, 2021, at his home following a courageous battle with cancer.

His love of life, closeness to friends and family didn't come to an end with his death. Dennis’ loved ones will continue to honor his legacy by laughing, loving and living their lives to the fullest.

Dennis was born on July 26, 1940, to parents Margie O. Colvin and Cleo M. Davis. He married the love of his life; Doris J. Davis to whom he was married to for 59 years. He was a real character, loved by many and an inspiration to others.

He served in the 101st Airborne in Germany for 3 years and later worked for the Missouri Public Service, the agency he retired from.

He was a member of the VFW, a past city councilman and a member of Calvary Baptist Church in Nevada, MO.

He gave back to his community often. Dennis and his friend Rick made several trips to donate goods to G.R.A.C.E. and participated in various donating programs as they arose. Dennis made frequent donations to the Wounded Warrior Project. He was known for helping those in need and donated approximately 14 gallons of blood over the years.

Dennis was known for not holding back his opinion. He had a knack for telling things like they were, whether you liked it or not. He was respected for his honesty and loved for his ability to make others laugh. Dennis never met a stranger and never forgot a name. He especially loved sharing funny stories about his six grandchildren as they were growing up.

He was a great storyteller with a quick wit. He loved entertaining those around him, whether with humor or food. Dennis was also known for his cooking, frying the best catfish, grilling/smoking, and party planning.

He loved spending time at the lake, camping, Missouri Rivers, South Padre Island, fishing, and wine making but nothing compared to spending time with his friends and family.

Dennis is survived by his loving wife, Doris Davis, his daughter, Denise Sollars and her husband Charlie of Paola, KS, his son Jeff Davis, and wife Debbie of Rolla, 6 grandchildren and 2 great granddaughters.

A celebration of life will be held at a later date to be announced by the family.

To honor this avid outdoorsman, in lieu of flowers, his family asks that memorials be made out to the Wounded Warrior Project or to the Missouri Conservation Department to preserve the state's rivers and streams along with local parks and nature centers.

To order memorial trees or send flowers to the family in memory of Dennis Davis, please visit our flower store.