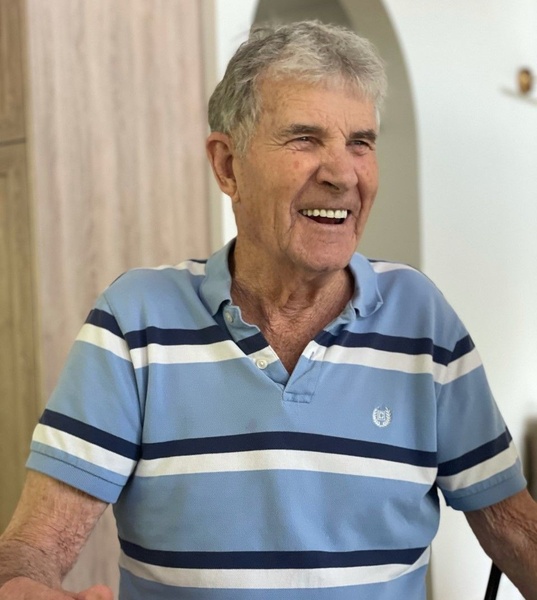 Edward William “Bill” Lister, age 87 of Rolla, passed away on Monday June 27, 2022, after a long battle with lung cancer.

Bill served in the United States Navy and was stationed out of Long Beach, CA.

In 1956, he was united in marriage to Lois Roark and in July of 2021, they celebrated 65 years of marriage. Lois preceded him in death.

Bill worked in the construction trade most of his life. For many years he was foreman over plumbing on large commercial jobs at Ft. Leonard Wood and Walmart Super Centers.

He was an avid bow hunter, fisherman and storyteller. When he was diagnosed with cancer at age 80, he learned to play golf and taught himself to draw and paint.

Bill is survived by: a daughter, Anthanett Long and her husband Mike of Dixon;  grandsons, Brock Long and his wife Ashely of Philipsburg, MT, Rocco Long and his wife Angela of Waynesville; granddaughter Rody Clark and her husband Nick of Woodway, TX, seven great grandchildren that he thought the sun rose and set in, Ace, Roslyn, Willow, Finn, Hazel, Oliver and Monroe; three siblings, Russell Lister of Knob Noster, Henry Lister of the state of Florida, and Jane German and her husband Bob or Angola, IN; a sister-in-law, Mona Fore of Florissant as well as numerous nieces, nephews, cousins and friends.

In addition to his parents and spouse of 65 years, Bill was preceded in death by: brothers, Robert and Donald Lister; sisters, Roberta Kries, Emily Stevenson, Nancy Alexander, Margery Hudck and Norma Walker.

In lieu of flowers, there will be a silent auction for some of Bill’s artwork, with all proceeds going to the American Cancer Society.

To order memorial trees or send flowers to the family in memory of Edward "Bill" William Lister, please visit our flower store.