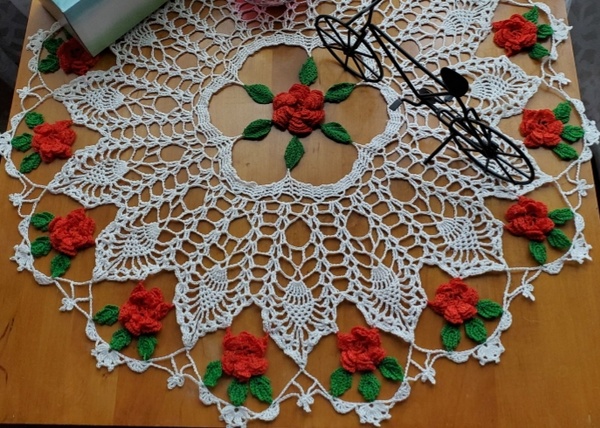 Fern was born on February 19, 1934, in Gourd Creek, a daughter to the late Charles Alfred and Mabel (Fleming) Brown.

Fern was a homemaker and was baptized as a Jehovah Witness in 1968.

Fern enjoyed crafts and was exceptionally good at crocheting. She made many wonderful doilies through the years and passed that talent on to her family and friends. Fern enjoyed sewing, cooking, canning, raising chickens and cows, and making sure her yard was full of lots of flowers. Fern had a big heart and a great disposition and will be greatly missed by her family and friends.

Fern is survived by: three sons and three daughters, Robert C. Jones and his wife April of Rolla, Carl L. Jones and his wife Donna of St. James, Stormy D. Foster and her husband Clifford of Rolla, Linda S. Grenell and her husband Mark of North Carolina, Carol A. Perkins and her husband Cecil of North Carolina, and William E. Jones of Rolla; twelve grandchildren; seven great-grandchildren; one sister, Mary Ruth Hengartner of Rolla; and one sister-in-law, Charlotte Barnes of Iowa as well as many nieces, nephews, extended family members and friends.

In addition to her parents and spouse, Fern is preceded in death by one son, Thomas D. Jones, Jr. and three siblings, Bertha A. Brown, Carl A. Brown, and James A. Brown.

To order memorial trees or send flowers to the family in memory of Fern O. Jones, please visit our flower store.