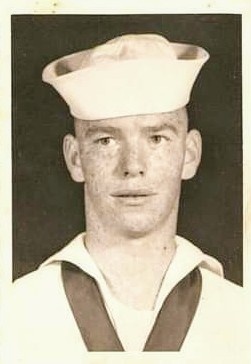 Sam Davis, 74, of Salem, passed away peacefully, on Thursday, May 02, 2019, at his residence surrounded by his loving family.

Sam proudly served on board the USS Oriskany in the United States Navy during the Vietnam Conflict. After his active service was complete, he remained a member of the Naval Reserves.

He was united in marriage to Kathleen Bower on July 7, 1965 in Houston, TX. She survives of the home.

Sam owned and operated Davis welding shop in Salem for many years. He enjoyed hunting, fishing, and the outdoors.

Private Family Service will be held at a later date.

Arrangements are under the direction of Rolla Cremation and Memorial (573-341-0220) www.rollacremation.com

To order memorial trees or send flowers to the family in memory of Ferrell "Sam" Davis, please visit our flower store.