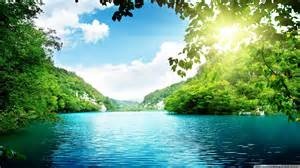 Gale was born in Versailles, MO to Dora Belle and Oscar (Pete) Papen on October 2, 1941.  He was a son, father, and papa.  He taught at the VoTech school in Waynesville and owned a cable TV/Electronic Repair business at the lake.  He returned to Rolla and began a career at UMR, now Missouri S & T, as a senior lab supervisor.  He retired from Missouri S &T in 2002.  Gale was never one to be still, and in retirement, he worked at MOSci , part time as a lab technician.  He was blessed with the gift of figuring out how things worked, and then the ability to fix them.  Throughout his life he was a lifelong fisherman, hunter, and trapper.  He was also active at the First Baptist Church of Rolla which he attend with his wife, Sue.

During his first marriage, he had two children, Alan Bradley Papen of Republic, and Julie Ann Fallon of St. Louis.  He was so proud of everything his children did.

Gale married his wife of 31 years, Pamela Sue Papen on September 4, 1988.  Gale became a step-father to Carmen Samson.  She was never considered a step anything.  Gale loved her as if she was his own.

Gale became a Papa to Kari, Haley, Katie, and Peyton.  His granddaughters made him burst his buttons.  He loved everything they did and was quick to do what he could to make them happy.

Gale was such a giving person.  He would give you the shirt off his back or jump in to assist if he saw a need.  He loved his family and was ferociously protective of them.

He will be missed by his family.  He is survived by his wife, Sue.  He had 3 children: Alan (Julie) Papen-Republic; Julie (Joe) Fallon- St. Louis; and Carmen (Paul) Samson- Jefferson City.  One sister, JoAnn Brown.  His granddaughters: Kari (Brandon), Haley (21), Katie (14), and Peyton (11).  He also had 3 great-grand children: Eddy Ray, Mazie Kay, and Mattie Mae.

He was proceeded in death by his grandparents, parents, several aunts, uncles, and cousins.

To order memorial trees or send flowers to the family in memory of Gale Hodges Papen, please visit our flower store.