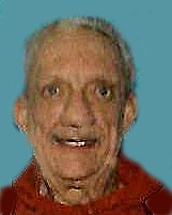 Glenn was born February 22, 1953, in St Louis, a son to the late Jerome Hacker and his Rita (Doerhoff) Hacker who survives in St. Louis.

Glenn graduated high school in St Louis and then proudly served his county in the United States Army.

After his discharge from the military, Glenn worked as a mechanic in St Louis before finally moving to Rolla.

Glen was of the Christian faith and  was very mechanically inclined. He could fix almost anything. He also enjoyed reading and writing.

Inurnment will be in the Missouri State Veterans Cemetery in Waynesville.

Cremation arrangements were under direction of Rolla Cremation and Memorial

To order memorial trees or send flowers to the family in memory of Glenn Oliver Hacker, please visit our flower store.