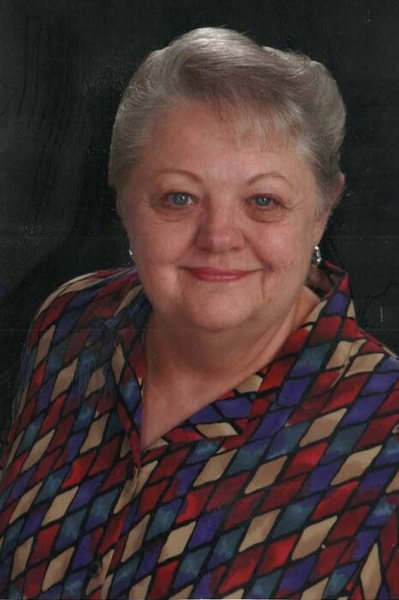 Hellene Mae (Henrichs) Tharp of Rolla Missouri passed from this world on May 26, 2021 surrounded by family.

Hellene was born on February 2, 1944 in Rosco Texas to Alfred Fritz and Avo (Blair) Henrichs. She grew up on the family Farm.

She went to Garden City High School In Garden City Texas, before being accepted to Texas Tech University in 1961.

In June of 1962, she met the love of her life, John Ellis Tharp.  They were engaged in July, married in August, and have since been by each other’s side for almost 59 years.

As the wife of a forest Ranger, Hellene followed John from Texas to Arizona, New Mexico, back to Arizona, and then New York before settling down in Rolla Missouri in 1985. When she was able, Hellene stayed home with her children until the youngest of her three boys started school in 1977.  Hellene worked several jobs during her career including working for the US Forest Service in Happy Jack and Flagstaff Arizona.  She also worked in Law offices in Odessa New York, and for Thomas, Clayton and Birdsong in Rolla Missouri.  She worked in the Metallurgical Engineering department at the University of Missouri Rolla (Now Missouri S&T), worked at the Billeting Office at Fort Leonard Wood, and worked at the Bureau of Mines in Rolla before completing her career in the HR department at the US Geological Survey in Rolla.

In her earlier years, Hellene embraced the outdoor life so loved by her family.  She loved to fish, camp, gather Pinion Pine nuts, berries and fruit from the forest, and tagged along while John and the older boys hunted.

After Moving to Missouri, Hellene became active in several social and service organizations.  She was a member of the Rolla Lioness Club, Beta Sigma Phi sorority, a local quilting guild, and several other organizations in the Rolla area.

Hellene and John took dancing lessons after moving to Rolla.  They loved to dance and were even members of a group called Dipsy Doodle dance.

Hellene knew how to have fun and was always surrounded by fun people.

In the more recent years, multiple generations of people in Rolla have affectionately come to know her as “Jama”, a nickname given to her by her oldest Grandson, Brandt.

Hellene was preceded in death by her Father, Alfred Fritz Henricks, her mother Avo (Blair) Henrichs), her Sister, Della Henrichs, a brother Ronnie Henrichs, and her grandson, Brayden Kress Tharp.

A Visitation for Hellene will be held on Wednesday, June 2nd at 10:00 am at St. Patricks Catholic Church in Rolla.  A Funeral Mass will be held immediately following at 11:00 am.  In lieu of flowers, her family asks that donations be made in her name to the Rolla Lions Club.

To order memorial trees or send flowers to the family in memory of Hellene Mae Tharp, please visit our flower store.
Send a Sympathy Card