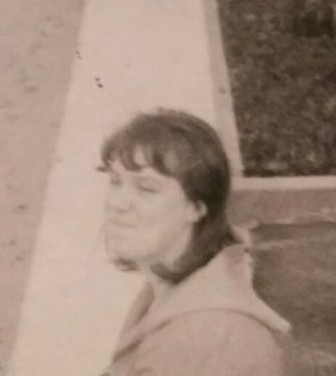 Janet attended grade school and high school in California, but obtained her GED in 1992 in Missouri, and went on to attend the University of Missouri--Rolla (UMR) as an English major, until her health took a turn for the worse, and she couldn't finish her studies.
She met James Ray Abney at a store in Hobbs, Lea, New Mexico where she was working, and where he was making a delivery. They married on 17 June 1975 in Las Vegas, Clark, Nevada.
Janet was a member of The Church of Jesus Christ of Latter-day Saints.
Janet wrote poems and fiction since the age of 14 and self-published a collection of her novels. She has worked as a seamstress, waitress, cashier, book editor, and more, but her favorite work was to raise her children and grandchildren; she fiercely loved her family.
Her hobbies, in addition to writing books, were sewing, knitting, crocheting, baking, shopping, and being with family.
Preceding her in death was her father and mother; brother -- Dale Eugene Raynor of Missouri; daughter -- Misty Rose Crowder of California; grandson -- Shane Johnson of Missouri; and son-in-law -- Loy Jones of Colorado.
Surviving Janet is her husband; brothers -- John Irvin Morgan, Jr. of Washington, Robert Bruce Morgan of Missouri, Charles Allen Raynor of Missouri, and Geoffrey David Raynor of Washington; sister -- Linda Darlene (Morgan) Wall of Missouri; sons -- Timothy Quinton Abney and his wife, Frances Laurette Abney, of Kentucky, Jerry Lee Abney of New Mexico, and Joseph Luke Abney of Alaska; daughters -- Jennifer Lynn (Abney) Nash of Missouri, Corina Diannia (Abney) Conway and husband, Michael Christopher Conway of Missouri, Audrey Jean (Abney) Jones of Colorado, Ashley Nicole Abney of Colorado, and Alexia Kelley Abney of Pennsylvania; 20 grandchildren; 5 great-grandchildren; and many nieces, nephews, and friends.
A living memorial was held in March 2019, so Janet could visit with her children and enjoy their company and love before her health further declined.
Please share your love, condolences, and stories of how Janet touched your life, with James Abney and his children.
To order memorial trees or send flowers to the family in memory of Janet Carol Abney, please visit our flower store.