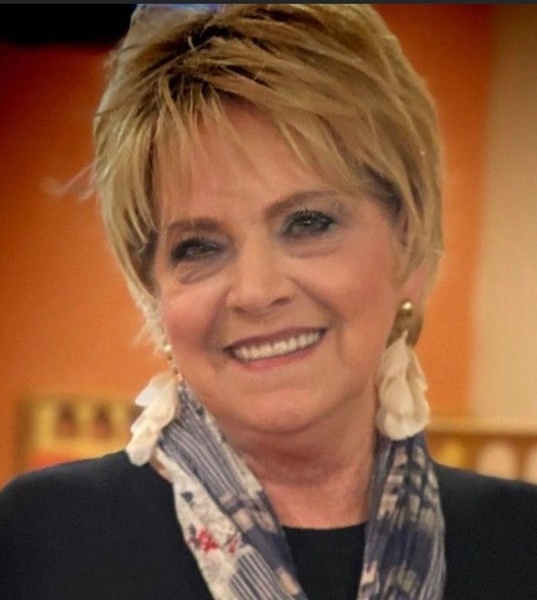 Janet Kay Foster born August 23, 1947, at age 74, passed away peacefully in her home after a long battle with cancer. Janet is survived by her husband Dennis Foster of the home after 56 years of marriage.

Janet and Dennis married in Rolla, Missouri in 1966 and had two children,  Angela K Watkins (Foster) and Mike Foster.

Janet most known for slinging salsa at the old LaPosada with her twin sister, Judy.  She loved to cook, bake, shop on QVC, and serve others.  She loved her dog, Jack Daniels,  until his passing a couple years ago.    Back in the day, she was a master square dancer,  served as a Missionette leader, girl scout leader, and was her husband’s biggest fan at his music gigs.

Janet was never shy with her opinion or to tell people exactly what she thought.  She was  full of laughter, life, and spice.

She is survived by her husband Dennis, her daughter Angela and husband Davy.  Her son, Mike Foster and wife Angie.

Judy and Janet were always together and  shared everything!—including family!

Judy’s daughter, niece, who she loved like her own Stacy Davis (Les).  Their children, Austin Davis and Andy Davis (Tiffani) and their children Dakota and Ryker.

She is also survived by her best friend and cousin, Carolyn Ford.  Carolyn visited her every day and she enjoyed her monthly hen parties tremendously.

Another good friend was Sue Papen.  She enjoyed her long talks and laughs.

She is survived by many cousins and family.

Janet gave her life to Jesus Christ  and  faithfully prayed every night.

Janet never wanted a funeral, but instead, a celebration of life.  Details will be posted at a later date.

To order memorial trees or send flowers to the family in memory of Janet Kay Foster, please visit our flower store.