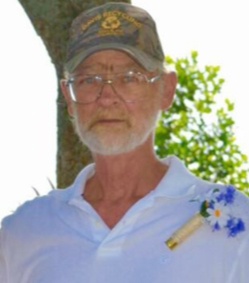 Jerry Lee Davis, age 67 of Rolla, Mo, passed away Saturday, May 16, 2020, with his daughters and granddaughter by his side.

Jerry had a 4+ year battle with Alzheimer’s. Thankfully, he is free and finally whole again.

Jerry was a devoted husband, father and Papa. He worked hard in everything he did and did it with love.

Jerry was a man of few words but many talents. He could fix nearly anything! He dabbled in woodworking and loved making gifts for his family. He enjoyed fishing and camping on the Gasconade River. He enjoyed his garden every year and shared his vegetables with his family and friends. He was especially proud of his grandchildren.

Jerry worked for 20+ years for the contracted foodservice companies on the UMR/S&T campus. He was well known for his time in the Joe Miner sandwich shop/deli. He then joined the S&T staff in January of 2005 in the Student Life/Havener Center and the Facilities & Operation Dept where he worked until his retirement in 2016.

In addition to his parents and wife of 41 years, Jerry was preceded in death by brothers, Ronald Dean and Earnest and a sister, Janet Henson.

A celebration of Jerry’s life will be announced at a later date when social restrictions are lifted.

Expression of sympathy may be made to the Alzheimer’s Association to help in research.

To order memorial trees or send flowers to the family in memory of Jerry Lee Davis, please visit our flower store.