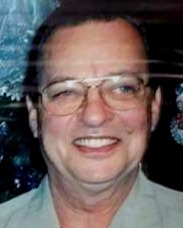 Jerry was born December 19, 1944, in Clay County Arkansas, a son to the late Robert Wilson and Sarah “Aliene” (Stone) Sells.

Jerry was a 1964 graduate of Holcomb High School.

On December 26, 1975, he was united in marriage to Sharon K. Sells who survives of the home.

Jerry enjoyed spending time outdoors especially his “spot” at the creek, playing guitar and singing, and most of all spending time with his grandkids.

In addition to his wife of 46 years, Jerry is survived by: Jerry (Brandy) Sells of Highland, Il, Chad (Kristi) Sells of Salem, MO, Brian (Jenny) Sells of San Antonio, Texas, Galen (Toni) Sells of Owensville, MO, Tanya (Jeff) Moore of Glencove, NY, Cody Sells of Rolla, and Denver Sells of Rolla. In addition, Jerry is survived by 24 grandchildren, 10 great-grandchildren, a grandchild on the way and a great grandchild on the way.  He is also survived by siblings Bobby (Bill) Masters of Hermann, MO, Larry (Shirley) Sells of Kennett, MO, Ricky (Debbie) Sells of Portageville, MO, sister Twylia (Don) Laibach of Hermann, MO and sister-in-law Donna Sells of Holcomb, MO.   He also had children Kelly, Mark and Heather and grandchildren from a previous marriage.

In addition to his parents, Jerry was preceded in death by two brothers, Ronnie Sell and Delbert Townsend.

There are no services planned at this time.

To order memorial trees or send flowers to the family in memory of Jerry Wilson Sells, please visit our flower store.