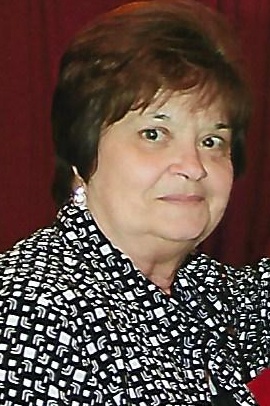 She was born January 31, 1950 in St. Louis, the daughter of the late Charles A. Street and the late Frankie D. (Thompson) Street. She met and married Gary G. Counts, Sr. September 3, 1966, they settled in Steelville where she took on the role of being a wife, mother and homemaker.

Joyce’s greatest joy in life was taking care of her family, to which she gave her unconditional love. There was nothing this amazing woman could not do.  She enjoyed cooking, baking, sewing, crocheting, crafting, playing the piano, dancing, and an occasional trip to the casino, being creative in any form and most of all spoiling her children, grandchildren and great grandchildren. She devoted much of her time and energy as a caregiver to family members. She was never at a loss for words and could ever so eloquently express herself in any given situation.

In addition to her parents, Joyce was preceded in death by her son in law, Giovanni Giallongo, mother and father in law, Arthur L. and Eula Counts, brothers in law: Earl (Erma) Counts, Lee (Mary) Counts and Tom (Priss) Counts.

A Celebration of life Memorial Service will be held at Straightway Baptist Church in Steelville, MO on Sunday July 5, 2020. Visitation will be from 2 pm – 4 pm, Memorial Service at 4 pm. with Bro. Alan Miles officiating.

In lieu of flowers donations may be made to St. Jude Children’s Research Hospital or Delbert Day Cancer Institute.

The family wishes to acknowledge with deep appreciation the many expressions of love, concern and kindness shown during this difficult time.

To order memorial trees or send flowers to the family in memory of Joyce A. Counts, please visit our flower store.
Send a Sympathy Card