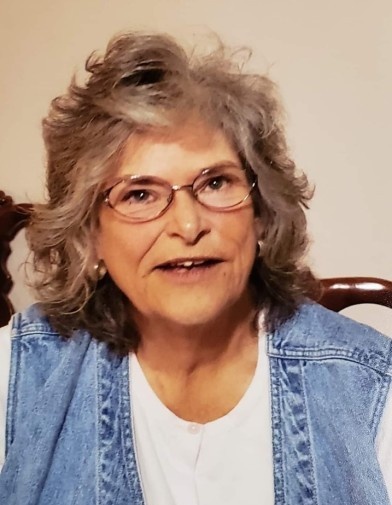 Judy was born January 27, 1954, in Casper, WY, a daughter to the late Burnhart Krone and Barbara (Jenkins) Casey.

Judy was a 1972 graduate of Salem High School.

On August 10, 1974, Judy was united in marriage to Dan Cartwright in Anutt. He survives of the home.

Judy was of the Baptist faith and enjoyed sewing, raising Bernese Mountain and Belgian Tervuren puppies, being outdoors, camping and most of all spending time with her family.

In addition to her spouse of 45 years, Judy is survived by: one son, Sean Cartwright and his wife Kimberly of Rolla; one daughter Angela Arthur and her husband Dewayne of Gladden; 6 grandchildren, Dakota, Beau and his wife Taylor and Sadie Cartwright  and Dillion, Justin and Keagen Arthur; three sisters; Darsi Hammack and her husband Rodney, Babette Wells and her husband Bob and Suzette Stephens all of Salem; her father-in-law Norman Cartwright of Rolla as well as many nieces, nephews and extended family.

In addition to her parents, Judy was preceded in death by two grandchildren and her mother-in-law Ruth Cartwright.

Funeral Services will be at 11:00 a.m. on Saturday at the First Assembly of God Church with Rev. Dwayne Cartwright officiating. Interment will be at a later date in the Anutt Cemetery

In lieu of flowers, expressions of sympathy may be made to Judy’s Family.

To order memorial trees or send flowers to the family in memory of Judy Rae Cartwright, please visit our flower store.