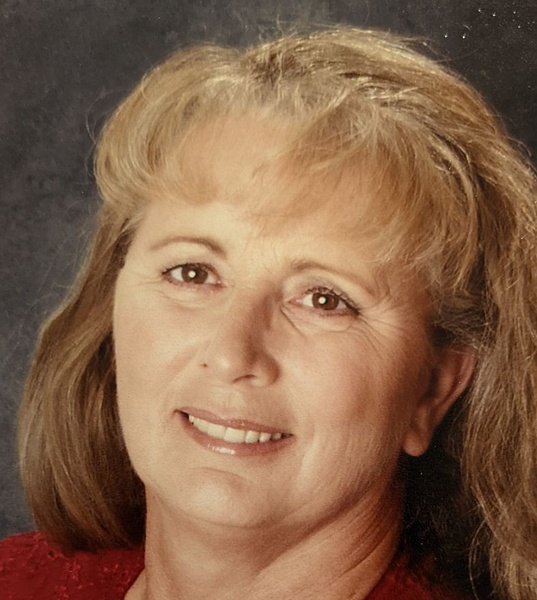 With completely shattered hearts we announce the passing of our amazing and beautiful mother, grandmother, daughter, sister and friend, Kim Ransom (Hoffman). Kim passed away peacefully Saturday morning, January 15, 2022 at 1:50am CST in a hospital in Rolla, Missouri, she was surrounded by family.

Kim was born on November 25, 1955 in Eureka, California to James & Betty Hoffman. Kim was the middle of six Hoffman children. She graduated from Hayfork High School. Shortly after having her second child, she moved to Oregon where she raised her two daughters mostly as a single mother. Kim worked at Technical Dynamics Aluminum for about 19 years, before changing careers. She spent 20 years working as an operator for TriMet public transportation. She had only recently fully retired and decided to relocate to the Midwest to live out her retirement on her 18 acres.

Kim’s passing was a shock, as she just recently turned 66 years old. Up until the time she got sick with covid just a couple of weeks ago, she was doing what she’s always done- working hard. She was remodeling a bathroom and working on a plumbing project. She was recently retired and had bought her dream home and property in Missouri and was working to make it into something special.
That work ethic was something that defined her. She raised 2 daughters at very young age, often working multiple jobs to make ends meet. You didn’t ever hear her complain about it or try to gain attention for it, she just did what needed to be done.
Kim was a caregiver and had a huge heart for helping people. If she had a friend in need, she would do whatever she could for them. She also had a heart for the underdog and an ability to see the good in people and had empathy for their situations.

Kim absolutely loved being a grandma, she thrived in that role! Her grandkids were doted on and clearly the apple of her eye. She treated them to trips to Disneyland and Hawaii and seemingly always had a gift for them that she couldn’t wait to give them. She showered them with love and affection and was very intentional to be a part of their lives. She loved her grandkids and they loved her.

Grandma Kim loved a good deal and there wasn’t a garage sale that she could ever pass by without stopping. She also had a knack for giving very “interesting” Christmas presents. Especially the clothes and t-shirts she would pick out for us. It always gave us a good laugh.

We cannot talk about Kim without talking about Disneyland. Kim was mostly stoic in her demeanor, but at Disneyland you saw a different side to her. She had a smile tattooed to her face and she would laugh and giggle on all of the rides. Disneyland was the place where she would let loose, and you would see the little girl in her. She pursued that as often as she could. In true Kim form, whether it be Disneyland or Hawaii, she wanted to share those moments, those sacred places to her, with the people that she loved. She made a modest income as a bus driver but treated her people to trips to these places. It spoke to her heart for generosity and her wanting her loved ones to experience the same type of joy that she did from these places that were special to her.

Kim was physically strong and loved to wear tank tops that showed off her big muscles, her “guns”. I’m pretty sure she had one of the most impressive collections of white tank tops ever assembled. Her and Jonathan would take turns flexing their guns. (Sorry Jonathan, Grandma wins this one)

Underneath Kim’s stoic demeanor was a great sense of humor. She loved to joke around with people and enjoyed a good laugh. Even near the very end, facing death, she managed to joke with the nurse, raising her arm to flex and show off her guns.
Kim is preceded in death by her husband, Michael Ransom; both of her parents Jim & Betty; two sisters, Gay & Holly, and her great granddaughter, Rowan. Kim leaves behind daughter Heather Ferguson (Jon) of Woodland, WA; daughter Diane Mays (Andy) of Dixon, MO; Grandchildren Brittany(Dillion), Savanna, Jonathan, Kelly, Drew, & Rachelle; Her siblings Lane Hoffman, Joy Copeland, and Robin Carmichael; three great grandchildren, many nieces and nephews and her partner Martin.

Kim left us way too soon and we will always carry her with us. She loved and took care of her people to the very best of her ability and she worked hard her entire life to do so. We pray that she gets a well-deserved rest.

Grandma Kim, it is your turn to rest now.

To order memorial trees or send flowers to the family in memory of Kim Ransom, please visit our flower store.