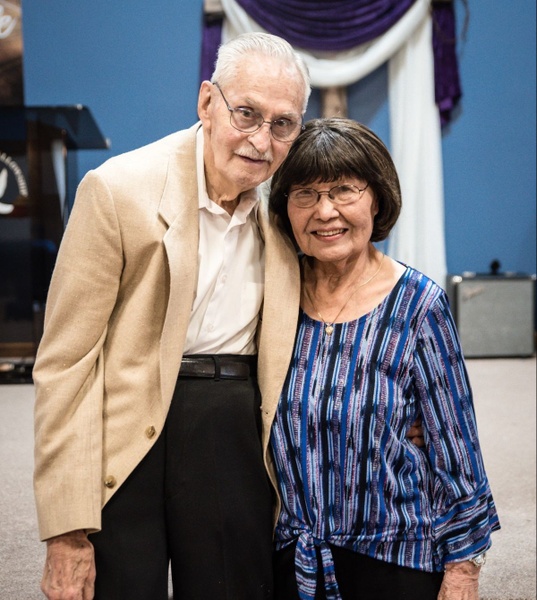 Patricia F O’Brien , 90 died peacefully in her sleep on October 21 2021 at Rolla Heath and Rehab. She was born on March 19 1930 in Shiroishi Japan, the daughter of Bunichi Kamada and Sakuyo Kamada (Kokubu).

Pat graduated from Shiroishi Girls High School in March of 1946. She went on to work for the US Government as a Telephone Operator, a clerk in the PX, and a Communication Office Supervisor.
Pat enjoyed painting, sewing, and flower arranging. She was a lifetime member of the Order of Eastern Star in Tokyo. She was also an avid golfer until her knees would no longer let her play.
She met the love of her life, Marvin O’Brien, at the Army base where she worked. They were married Feb 2 1951 and enjoyed 70 wonderful years together. He preceded her in death on September 3, 2021. She was also preceded in death by her parents and one brother.
She is survived by her daughter Frances Spencer with her husband Sam Spencer. Four Grandchildren, Jennifer Smith with her husband Jeff, Jessica Williams, Kelly Stewart with her husband Jeremy and Brien Williams with his wife Nicolette. Eight Great Grandchildren, Lauren Hadox with her husband Brian, Caitlin Smith, Brody Smith, Kacie Smith, Brayden Tipton, Ella Tipton, Brett Stewart and Bailee Stewart. She is also survived by 3 sisters who live in Japan and many nieces and nephews both here in the United States and in Japan.
Burial will be Monday Oct 8th at the Missouri Veterans Cemetery at Waynesville Missouri. A celebration of life will be held at a later date.

To order memorial trees or send flowers to the family in memory of Patricia F. O'Brien, please visit our flower store.