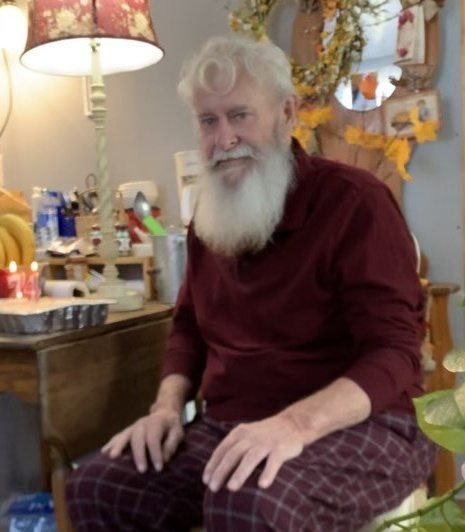 Richard Allen Kilby, of Edgar Springs, Missouri passed away December 5, 2020 at the age of 76.  He was born in Saint Louis, Missouri on November 11, 1944 to the late Edward Kilby and Carrie (Gola) Kilby.

On October 3, 1964 he married the one and only love of his life Susan Hanneken and to this union was blessed with 3 children, Gregory Allen, Julie Ann, and Emily Sue.

Richard will be deeply missed by his surviving family which include his wife:  Susan of Edgar Springs.  Children:  Greg Kilby (Paula) of Edgar Springs and Julie Fridley (Matt) of Rolla.  Grandchildren:  Allen Kilby of Alton, Andrew Fridley of Rolla, Hannah McCray (Kevin) of Las Vegas, Gavin Haney of West Plains and Paige Kilby of Edgar Springs.  Great-grandchild: Jayda McCray of Las Vegas.  In addition, he is also survived by his sister Carol Wilson (Todd) of Ballwin and brother Steve Kilby (Beverly) of Tulsa, and many other family members including numerous nieces, nephews, and friends.

Richard loved all of the members of his family without reservation, but there was one animal that he loved more than any other pet, his Irish Wolfhound Jack.  Even years later, Richard would recount his fondest memories of Jack’s intelligence and loyalty.

Richard loved football.  This enjoyment began in high school as a football player in the position of defensive tackle.  He often commented on enjoying “a good hit or tackle” instead of the outcome of the game.  While discovering his love of football, Richard met the lovely homecoming queen who became his future wife of 56 years, Susan.

Following high school, Richard and Susan moved to St. Louis where he worked for McDonnell Douglas as a cockpit inspector for their aircraft for a number of years.

Richard attended Central Missouri State University (CMSU) and while attending school full time he was  employed full time as a police officer for CMSU to provide for his young family.  He graduated with a degree in Criminal Justice.  Following college, he attended the Police Academy in Jefferson City, Missouri. Upon graduation he was selected to become the Missouri Police Academy Firearms Instructor.  He later worked in St. Louis Missouri as part of the Major Case Squad for the department.  One of his most spoken about jobs and most favorite, was being the Chief of Security at Tan-Tar-A Lake Resort at Lake of the Ozarks.

In addition to his law enforcement career, Richard had two family-owned businesses.  The first in Florida, a landscaping business and the second in Missouri, a wholesale floral business specializing in grapevine and appropriately named Missouri Grapevine.

Richard loved music of all genres, but he especially enjoyed listening to solo guitarists.  It was this enjoyment that inspired him to pick up the art of guitar playing in his final years.  Richard could often be heard practicing and playing both inside and outside on the porch.  His favorite song to play over and over was “Hallelujah”.

His other passions included hunting and fishing of all sorts, but none more than the hunt for white-tailed deer.  He approached the hunt of white-tailed deer as a religion and his belief was to always honor the animal and their environment.

Richard Kilby left this world without much fanfare or to-do, similar to the way he could disappear into the forest as the men he hunted with witnessed many times.  Dressed in inexpensive and not too popular hunting attire, he would quietly and effortlessly walk into the forest.  In his plain clothes, you could clearly see him at first and then suddenly only when you would squint and watch very closely could you catch a glimpse of him among the trees and brush.  Finally, no visual, no sound but you knew he was there.  He was part of it all and part of nothing like the lone wolf he admired so much throughout his life.

To celebrate the life of Richard, next year when the weather is warm and pretty, his family plans to hold an outside gathering, or what he would have referred to as a "shindig" or a "hoedown".  A memorial under his favorite old tree, that he referred to as his “God tree” where he would reflect and remember Emily, will be a shady spot others can sit and feel his presence and share many fond memories.

To order memorial trees or send flowers to the family in memory of Richard Allen Kilby, please visit our flower store.
Send a Sympathy Card