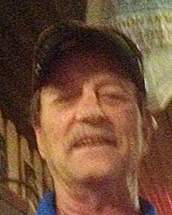 Ronald Lee Wieland, age 61 of Rolla passed away Thursday, June 3, 2021, at the home of his special caregiver and friend and her daughter in Rolla.

Ron was born August 30, 1959, in Rolla a son to Lloyd G. Wieland of Rolla and Mary Delores “Dee” Wilson-Wieland of Steelville.

Ron graduated from Rolla High School in 1978. He was a member of the Rolla Bulldog Football team and loved playing and giving his all.

Ron enjoyed everything about the outdoors including, fishing, rivers, floating, bird watching and hunting for morel mushrooms which were his absolute favorite. He was an avid St. Louis Cardinal and Kansas City Chiefs fan.

After graduation from high school, Ron enlisted in the United States Army and received training in radio communications. He was then stationed at Ft. Ord, CA. where he received intensive jungle training in Central and South America.

In addition to his parents. Ron is survived by his three children, Casey of Rolla and Scott and Nicole of the state of California; 5 grandchildren and two great grandchildren; his older brother, Patrick Wilson of Steelville and his younger sister, Jacquelyn Wieland-Davis of Rolla as well as several aunts, uncles, cousins, nieces and nephews.

Private family graveside services will be held at a later date in the Pea Ridge Cemetery.

Expressions of sympathy may be made to the Wounded warrior Project, The Disabled American Veterans or to Alcoholics Anonymous.

To order memorial trees or send flowers to the family in memory of Ronald "Ron" Lee Wieland, please visit our flower store.