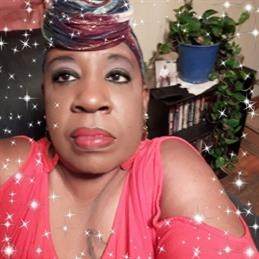 Rosia was a member of New Dimensions Church and enjoyed shopping with her sister, cooking, watching movies but most of all she enjoyed spending time with her grandchildren, family and friends.

Survivors include two daughters: Kelve'lina Fowler and Destiny Williams of Rolla, one son; Deron Williams of Jefferson City, five grandsons; Deron Jr, De'Suan, Demarii, Deton, and Jakson, one granddaughter, Makayiah all of Rolla, one brother, Napoleon Griffin of  the state of Illinois, two sisters, Mary Gregory and her husband Clarence of Rolla and Carol Williams of East St. Louis, IL as well as many other family, friends and loved ones.

In addition to her parents, she is preceded in death by one son OC Williams.

No Services are planned at this time.

In lieu of flowers, expressions of sympathy may be made to the Family of Rosia Fowler C/O Rolla Cremation and Memorial P.O. Box 1602 Rolla, Mo. 65402.

To order memorial trees or send flowers to the family in memory of Rosia Cora Fowler, please visit our flower store.