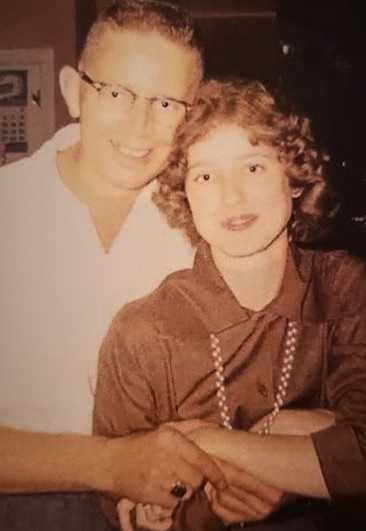 Sella passed away on Monday, November 18, 2019 at Phelps Health Hospital in Rolla.

She was married to James Monroe Bales in Crocker on November 13, 1960. They were blessed with one daughter and three sons. Jim preceded her in death on February 24, 2004.

Sella was a 1955 graduate of Crocker High School and a member of the Hancock Christian Church in Dixon. She was employed as an Switch Board Operator in Waynesville and Crocker as a younger woman and served as the Chief Deputy Clerk at the Waynesville Circuit Clerk Office. Sella was a strong willed woman and faithful to God and to her church where she was active and played the piano. After her husband, Jim, passed Sella made it her life to keep the family together with much success. She will be missed greatly by her family and friends.

Celebration of Life will be held at 2:00 p.m. on Sunday, November 24, 2019 at the Hancock Christian Church in Hancock, Missouri. A private family graveside service will be held at a later date.

The family of Sella requests that in lieu of flowers, donations can be made to the Hancock Christian Church

To order memorial trees or send flowers to the family in memory of Sella Mae Bales, please visit our flower store.
Send a Sympathy Card