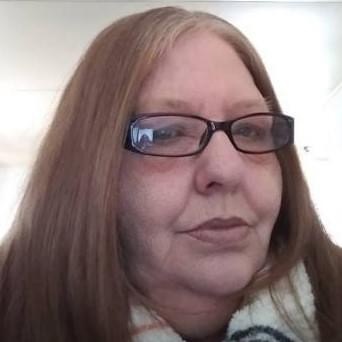 She was a 1982 graduate of Belle High School.

On November 12th, 1983 she was united in marriage to Ronald Daniels, Sr. Ronald survives of their home in Rolla.

Theresa was a born Baptist and highly believed in God and the Holy Spirit.

She enjoyed computers, gaming, coloring,  and going on road trips. her greatest love came from time spent with her family and especially her grandkids. She will be missed tremendously by her family and friends.

In addition to her husband of 37 years, Theresa is survived by: three children, Roanld Daniels, Jr and his wife Chelsey of Rolla, Brian Daniels of Rolla, and Amber Daniels and her finance’ Dylan Henson of Rolla; five grandchildren, Ashlynn Daniels, Ronald Daniels, III, Mason Daniels, Lana Valley, Montana Valley, and one baby Daniels on the way; seven siblings, Ellen Brookshire and her husband Don of Doolittle, Barbara Perry of St. Louis, Cora Gregory of Belle, Cindy Nash of Rolla, Larry Valley of Farmington, David Valley of Rolla, and Ray Boy Valley of Rolla; brothers and sisters-in-law, Mona and Danny Diekmann of Gerald and John Daniels of Concordia; nieces and nephews, Ben Akins and his wife Sara of Rolla, Danielle Mushany and her husband Mike of Owensville, Debbie Jones of Owensville, and April Harding and her husband Josh of Cuba as well as many other nieces, nephews, extended family members and friends.

Memorial services will take place at a later date.

To order memorial trees or send flowers to the family in memory of Theresa June Daniels, please visit our flower store.