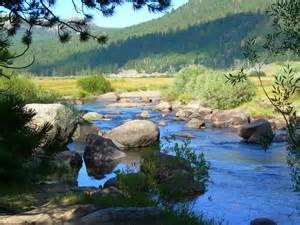 Veda was born on February 20, 1930 in Boulder, Colorado, the daughter of Charles B. and Veda V. (Ebert) Buffington. Veda graduated from Boulder High School in 1948.

Veda was married August 2, 1952 in Harrison, Arkansas to Max LeRoy Lowrey. She travelled from Boulder to Newburg, Missouri to meet Max as he was being discharged at Fort Leonard Wood, Missouri following his service as an Army ambulance driver in the Korean War. Veda and Max moved to Fort Collins, Colorado and then returned to Boulder in 1956. Their marriage produced four children.  After her husband Max died in 1973, Veda worked primarily in the food-service industry. She operated her own lunch café and supervised the food-service staff at a residence hall on the campus of the University of Colorado in Boulder. She later moved to Longmont, Colorado.

Veda was a homemaker who took great pride in raising her four children and seeing her grandchildren grow. Veda enjoyed spending time with her parents, sisters Cordella Christian, Marjoria Schneider, Daisy Delto and Francis Crawford, and brother George Buffington. She loved the Colorado mountains with long drives, camping, and picnics.

Veda had a tough go at times raising four kids as a single parent, but she always had a positive attitude about life. She was independent and practical. Her favorite advice was “Take everything in what life brings. Accept your troubles and work through them.” Veda is with Max now dancing the night away in God’s heavenly ballroom!

The family will have a private remembrance celebration later in Boulder, Colorado over Labor Day weekend where her ashes will be interred next to her husband Max.

Expressions of sympathy may be made to the Alzheimer’s Association.

To order memorial trees or send flowers to the family in memory of Veda Maxine Lowrey, please visit our flower store.