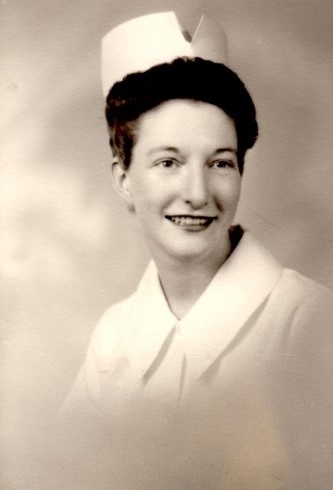 Virgene graduated from the Methodist-Kahler School of Nursing in Rochester, Minnesota in 1955. After graduating, Virgene and a fellow graduate camped their way across the country before landing in Casper, Wyoming.  On December 28th of 1961 in Casper, Virgene married Lawrence D. Becker. They lived for many years in Huron, South Dakota before relocating to Rolla in 1982. They celebrated 53 years of marriage before Larry’s death. Virgene worked as a RN in Huron and then finished her career at the Phelps County Regional Medical Center in the Intensive Care ward.

Virgene enjoyed square dancing with her husband, Larry. She and Larry also enjoyed traveling, cruising to Alaska, the Caribbean and New England, often with Duane and Cheryl Becker, Larry’s brother and sister-in-law. She played a good hand of Pinochle with her family. Virgene’s passion, however, was volunteering with the First United Methodist Church’s food pantry and later with the Grace food pantry.

Virgene is survived by her son, Kurt, of Rolla; son, Phil of Kansas City, his wife Nancy and his daughter Shae of St. Louis; and son, Eric, his wife Sharon and son Logan of Erie, Pa. In addition to her parents and brothers, she was predeceased by Larry in 2014.

To order memorial trees or send flowers to the family in memory of Virgene Gayle Becker, please visit our flower store.