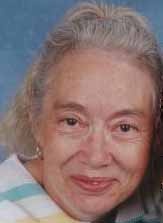 Virginia was born January 25, 1944, in Chanute, KS, a daughter to the late Gordon and Evelyn (Hoover) King.

Virginia completed her GED and after raising her four daughters began working at Scholastics, Inc. in the late 1980’s where she worked until retiring on June 1, 2006 after 15 years of service.

On August 19, 2000, she was united in marriage to Larry Metscher. He survives of the home.

Virginia learned ceramics and painting when her daughters were young. She was taught by her friend, Eleanor Gran. Over the years Virginia created many beautiful pieces of art that were enjoyed by family and friends. After she and Larry moved to Dixon, she loved to garden and sit on the deck outside their home watching the hummingbirds and other animals.

In addition to her parents, she was preceded in death by one granddaughter.

Private family services will be held at a later date.

To order memorial trees or send flowers to the family in memory of Virginia Ann Metscher, please visit our flower store.