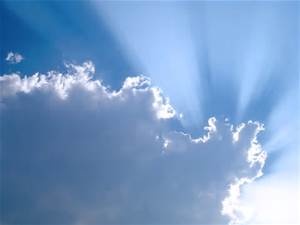 Walter Lee Earls died at the Missouri Veterans Home in St. James on March 18, 2019, at 92 years of age.  He was born on a farm in rural St. James on October 16, 1926, to George Washington Anderson Earls and Mamie Ellen (Gahr) Earls.

They are the parents of a daughter, Nancy Krost of Rolla and a son, Michael (Barti) Earls of Ballwin, MO; two grandchildren, Trevor Krost of Chicago, IL, and Stacy Krost of Shenyang, China.

Walter was stationed in the US Army in Heidelberg, Germany, as a Court Reporter in 1952-53.  When discharged, he went to Southwest Missouri State in Springfield and received his BS degree in Industrial Arts in 1957. He first taught in Pacific High School, Pacific, Missouri.  He then came to Rolla and taught at the Junior High, Senior High and the Rolla Area Vocational-Technical School. In 1974, he received his Master’s Degree in Education from the University of Missouri--Columbia. He was the Director of the Night Adult Basic Education Program for many years.

After retiring in 1988, he enjoyed working on his farm south of Rolla, which was homesteaded by his great-great grandparents. He was Secretary-Treasurer of Adams Cemetery Board.

He was a member of Christ Episcopal Church and Sunday School Superintendent for many years.

In addition to his wife, children and grandchildren, he is survived by one brother of California, nieces, nephews and many friends and family.  He was preceded in death by four brothers and two sisters.

A service will be held at Christ Episcopal Church on Friday, March 22, 2019 at 11 am. In lieu of flowers, the family requests donations be made to Missouri Veterans Home 620 N. Jefferson Street St. James, MO.65559.

To order memorial trees or send flowers to the family in memory of Walter Lee Earls, please visit our flower store.